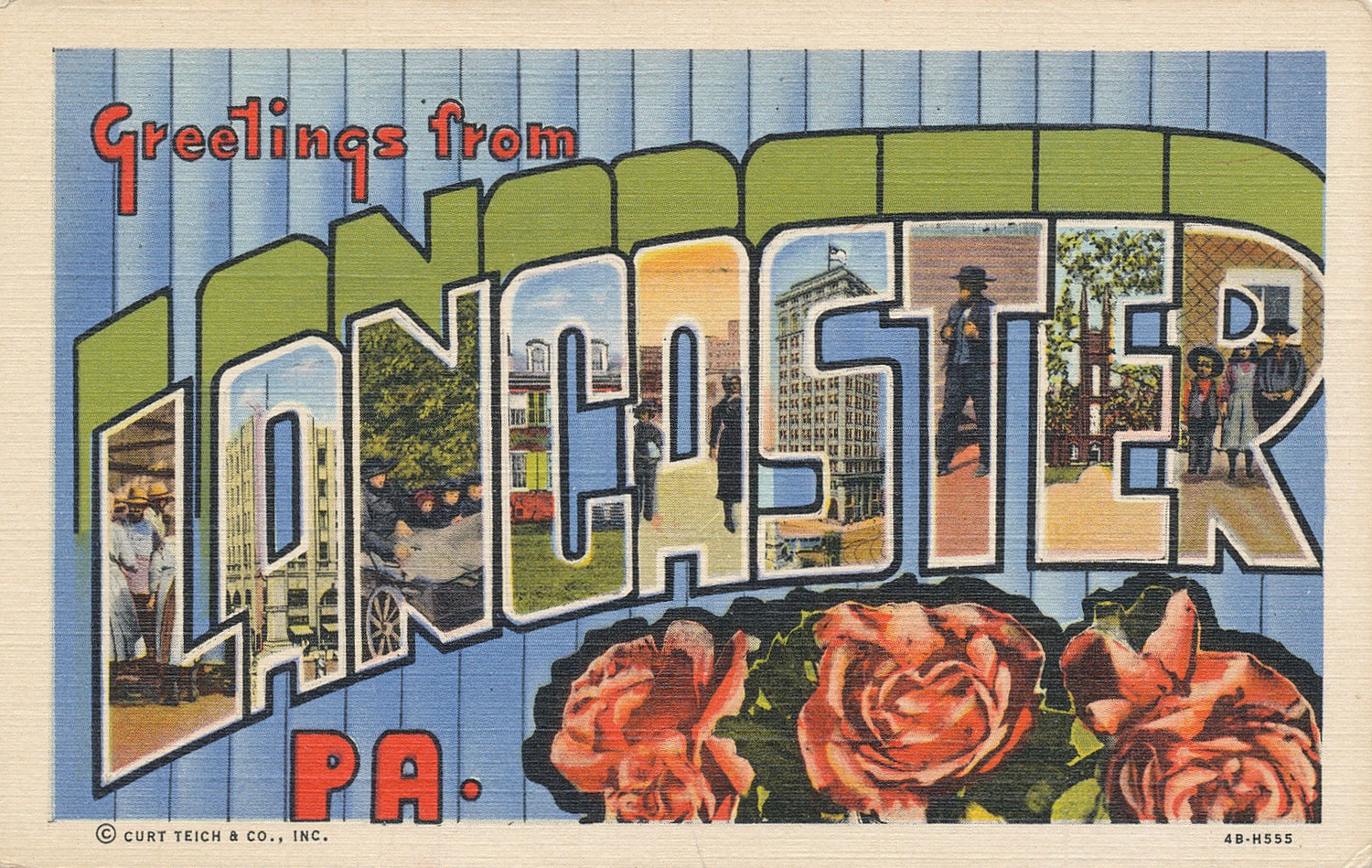 My kids and I went to Pennsylvania Regionals this weekend. This was our first real tournament of the season, as it was for many of you, so we were excited to see where it would take us. We told everyone in the weeks after Worlds that we were not...

Enjoyed the article! If you mentioned this, apologies but any afterthoughts about how your son might have done if he played sableye on saturday? Thanks for putting your experiences in the article and congrats on a great run!

Thanks for the great article! Not nearly enough Information on the junior meta I’d out there. Trust me round six was rough on the other side as well!

My son and I discussed the retrospective viability of Sableye and it would have been a pretty good play. Gengar/Trevenant would have been difficult to win. Sceptile may have been an auto-loss. Yveltal in Round 6 is a hard matchup.

I just updated the article because the original version omitted an important point about our decision to focus heavily on Battle Compressors in our Sableye build: Without Computer Search, they were the only item-based deck search we had that allowed us to put items into our hand or discard (which is almost as good for us). That lets us get Life Dew out on Turn 2 or 3 so much more frequently than just drawing through our deck.

Added another comment about the round 4 matchup also - turns out that Flareon kills Sceptile EX pretty dead. Also, I would have to say that you have to test my Sableye list vs. @CeladonBrit and @DylanDreyer’s. When Brit says he got his list from us, he abandoned our big innovation from @DylanDreyer, which is reshaping the deck around Battle Compressors. Once you hit first turn Battle Compressor Life Dew, Junk Hunt Life Dew, you will never go back!

reshaping the deck around Battle Compressors.

Now THAT, is truly scary.

Also, Brent, do you think Ghetsis would be a worthy addition to Vespiquen for week 3? A couple of guys I’m testing with are all going to play Vespiquen for San Jose, but I’m going up to B.C., and scared to make the risk of playing the Queen Bee, since it’s on the radar because it won Pennsylvania Regionals. Night March and Archeops stuffs kill it…I’m considering Yveltal for B.C. Do you or anybody else think it’s worth it?

There are probably better threads and better people to ask, but happy to give you my opinion. This is obvious, but I think Ghetsis is really, really good against Blastoise and Night March. If you think you will see those, I would play Ghetsis. In our experience, Hex Maniac was better against Mega Ray because it is so reliant on Shaymin to set up, hence after testing it a few times we decided not to play it. We just didn’t think juniors would play Blastoise and we felt like we had ways to win Blastoise regardless. Now, Ghetsis could completely turn a Night March matchup, which is a scary prospect for a Vespiquen player, but we just didn’t anticipate much Night March and the list seemed tight.

My other son played Night March Archeops. I think that is a super strong deck. If he had not been 7 years old, I think he would have owned this tournament. It turns out he won Game One of every game he played over the course of going 3-3, but in Game 2 and 3, he drew dead frequently because he did such a terrible job of shuffling between games he frequently clumped his Pokemon. You can imagine how that happens in Night March.

I am inclined to agree with @CeladonBrit, I think the exploration of expanded is just beginning and Vespiquen is not some magical BDIF, it was just well-positioned for success in a meta of Big EX attackers. As Brit pointed out, this feels like a skill-based format. Jimmy and @DylanBryan are probably two of the people that have more experience with Flareon than anyone (outside of the Rolls). The combination of general skill and hundreds of games with the same conceptual deck positioned them for victory. The addition of Vespiquen to Flareon makes the deck so much more well-rounded and complete, but I think there is still growth and exploration of the format to be done. I hope we will see another layer of the onion peeled back this weekend.

FWIW, I think the combination of Ariados and Virbank City Gym in expanded seems really over-powered. How can the ability to poison people for massive damage every turn not be a thing?

FWIW, I think the combination of Ariados and Virbank City Gym in expanded seems really over-powered. How can the ability to poison people for massive damage every turn not be a thing?

Although it IS a treble PlusPower for you, it’s also a sextuple PlusPower for them if they don’t replace the Virbank.
In something like an Yveltal mirror match, if you Evil Ball them with only 2 energies because of Ariados, your opponent can come back and OHKO you for again, only 2 energies. It’s amazing as a last-attack thing, but being forced to run 2 extra stadiums AND a 2-1 line in order for it to be able to get it out at the very least puts a damper on it as well. It’s certainly something that could merit testing in something that goes for OHKO’s, like Vespiquen or Blastoise, but it would require serious testing to see what matchups it changes.

Brent, love your articles and your reflections on uber-Pokédad-ing. #mantear indeed!

“I beg anyone that has any influence over scheduling Cities events to try to get them scheduled sooner rather than later.”

Seconded! Would love to go with my kiddo to some NE Cities but there will be competing demands galore.

Thanks for the kind words.

Brent, thanks for another very enjoyable read. I despise obnoxious decks such as Sableye/Garbodor, so I’m glad your son opted for a decent, brutal bashing deck in MegaRay

Looking forward for more. Where I live, there are few juniors, but I just went to a League Challenge and it was nice to see a kid winning with Ho-Oh/Huntail.

Wow, watched Frank Diaz get killed by David Vidal on stream (Saturday 3:56). Really underscored my theory that Yveltal cannot handle Mega Ray. Also, saw a comment on Facebook (https://www.facebook.com/groups/virbankcity/permalink/837337243030670/) that concurred with my hypothesis that Manectric is not an answer to a strong Mega Ray deck. Mega Ray is a more serious threat in the meta than I think people give it credit for. My impression is that no EX deck can handle it without some luck.

It can work, but you have to be careful to hit the combos - too many people forget the fighting resistance on Mega Ray and don’t have two strong energy on their Primal Groudon. I think of it as a 50/50 matchup - if Primal Groudon doesn’t get the right start with Wobbuffet, etc., hit strong energies, and not hit a dead spot, it can win - although you probably have to power up two. Mega Ray just has to avoid getting stalled out by Wobbuffet and they can hit so hard/fast, you might not be able to get powered up in time. And it is easier to build a third Mega Ray than a second Primal Groudon, I suspect.

As always, it is important to point out that I am just a Pokedad. I am sure there are a zillion better players with better opinions on this matchup.

I’ve found giratina can shut out mega Ray if they bounce the sky field, followed by a chaos wheel. They need a muscle band, but if they have one, they 2 shot rayquaza. It’s even worse for mega Ray if they play xerosic or enhanced hammer.

I beat a turbo ray in round 2 of San Jose. The stadium bump/Chaos Wheel pretty much seals the game. They can’t ohko you with mega ray, and have to hex maniac to even damage the Giratina. They also can’t play dce, which is their main source of energy. These two locks, plus multiple hammers and xerosics, can easily win a game for you.

Yeah, I dig it. Giratina is a beast.

Any feedback on whether people agreed with my matchup/card analysis? Still paranoid that I was stating the obvious or wrong about stuff.

Also, would love any feedback people had on the concept of “play style”.

First thing is that I make a distinction between preference and ‘playstyle’. Everyone has preferences, likes and dislikes. This is what people mean when they say they like playing Gengar, or they love Metal decks, or they wish there was a viable spread option in the format etc. Some people use ‘playstyle’ when they really mean ‘preference’. Things like Energy denial, acceleration, spread, evolution, Typing etc aren’t ‘styles’ of play, they are game mechanics. You like some more than others.

I completely acknowledge that it’s possible to play in different ‘styles’. For example aggressive or conservative. What I absolutely do not accept is that this is connected via some kind of magical woo to a player’s personality, and that the best method for them to succeed is by playing in a way that they have decided somehow represents them as a human being.

In fact, I think this is the worst thing a player can learn, because it is a self-imposed limitation. Sometimes it’s better to go all-in and play aggressively; sometimes a situation demands a more careful approach with the emphasis on resourse conservation. A truly good player is able to pick up on that, play accordingly, and get better results.

This is about deck choice too. If a slow lock deck is the best choice for a tournament, it’s silly to say ‘oh, I can’t use that, it doesn’t suit my aggressive playstyle’. If you’re playing for fun, then use what you like; if you are playing to win, then learn the skills you need to play the different decks. It’s not that hard. (Ok, it might be for Juniors, but you would expect adults to have better control - not that they always do.).

The way most people use the term, ‘playstyle’ is a myth. There are only good plays and bad plays.