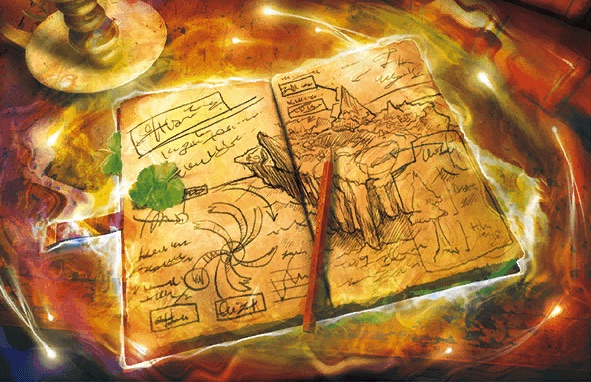 ¡Bienvenidos! This past weekend, I took 4th place at the Mexico City Regional Championships. This article will go in-depth solely on this experience. Make sure to check out my article coming out tomorrow as well. Having another deep run made me...

During the tournament did your Pokémon clump up at all? I’ve been testing a similar list maybe 2-3 cards off and I’ve noticed that my Pokémon get clumped up in 2s or 3s. If so do you have any ideas on how to reduce it? Great job on the article and good luck at Origins!

Sometimes I’ll draw multiple Evolutions in a hand off of Sycamore or N which can be annoying. Just plan ahead which Basics you want to bench and make sure to have multiple. Rescue Stretcher is great if you’re forced to discard any. If you’re talking about shuffling issues I can’t help you there.

What interests me the most is how you were able to smash together a list through a combination of two lists and personal preferences, play one game with it, change a card the day of a tournament… then go through 16 rounds eventually losing in the top 4. Obviously skill and luck had huge parts to play, but is there some deckliat secret I’m missing? Or is it all just luck, and then past that, skill? I’ve heard plenty of stories of how players build their decks the night before and then do well (in fact I even won a states last year with a crappy mega man list that I built the thursday before and played 2-3 games with it) but personally, I think that it all really is just luck. I played prams Madison list at a league cup this past weekend and drew awfully and hit awful luck, going 2-3. So… what’s the secret, if any?

I guess the “secret” is to be able to pick up decks relatively easy. It’s unfortunate that you drew poorly, but that can be alleviated by practice too. All skill.

Hi man! Love your deck and the analysis! I saw the game in the stream and really wanted you to win, mainly because i praise the deck hahah Just one question, why did you decide on pokemon fan club instead of briggette if not playing shaymin? Is the only card i dont understand haha
Anyway, thanks for the post, and good luck in Origenes!!!

I like it better than Brigette because you also can get the Pokemon and hold them for the turn after against Zoroark.

How winnable is that matchup in real tournaments (assuming that your opponent sets up smoothly)?

Pokemon Fan Club did win me some games online against Zoroark / Drampa-GX, but all my opponents were dumb enough to use Zoroark to attack when my Bench was small and my Eevee or Espeon-GX would be ready to use Psychic the following turn. Had they known how to play their deck correctly (i.e. using Zoroark BREAK to attack more frequently), I would probably have had less than 10% chance of winning with or without Pokemon Fan Club.

Thanks for the answer! Also, i’ve tried the changes you proposed, and i think the one i like most is the Kukui. I really wanted to play the Koko promo, but i’m not getting its true potential in the deck :S

I think it’s extremely even if both players play perfectly. It’s super skill based because each Item, Pokemon, or Energy played can dictate who wins the game.

Quite a few lists run Team Rocket’s Handiwork, I assume in an effort to add more Items to the discard and general disruption.

What do you think of that tactic in general with a deck like this?

Also, our local meta has almost no Vespequin (lots of Metagross, and others); in that situation, does Oricorio still make sense?

That was my strategy with Delinquent, but it didn’t really work out well. Handiwork is neat, but probably unnecessary.

Oricorio is still insanely good against other decks, mainly Zoroark and Decidueye. I would keep it on the offchance that anyone plays Vespiquen.

Thanks for the reply!

In online testing occasionally I’ve found it a bit of a struggle to get Psychic Energy later in the game (in the discard by either by KO’s or Flare Grunts), would you consider replacing the Rescue Stretcher with a Super Rod (or Brock’s Grit), or do you usually need the Pokemon to drop right back on the bench?

If you’re having late game energy troubles, cut the 8th Psychic Energy for a Super Rod. Rescue Stretcher is too good.

Contrary to Xander’s reply, it -is- a card game, and randomness and what you could call “luck” plays a pretty significant role.

Yes, you can sometimes work-around poor draws and sometimes salvage what appears to be a hopeless case, but there -will- be times that it IS hopeless and you WILL lose, regardless how “skilled” you are.

I won a match at our last League Cup where a very skilled opponent had absolutely abysmal draws and mine were fantastic. He was utterly stymied and basically had to pass as I knocked-out two successive Rockruffs. By the 4th turn I had two Tapu Bulus fully-powered-up and other attack options waiting in the wings, and he had a lone Pokemon left, with no energy. “Skill” in cases like this is utterly and completely meaningless.

Another example was that in one game my opponent had a Vikavolt GX with three energy facing my Tapu Bulu (high retreat cost) with no energy and I had two cards in-hand. I top-decked a float stone, brought-up my Tapu Koko and hit for the knockout. If I didn’t get the float stone, it could be been an -entirely- different outcome. Luck basically won that game since he could have Lysandred-up my Tapu Koko and knocked it out and then controlled the game.

The bottom line is that Pokemon TCG is not chess, “skill” is a factor, but good 'ol luck has a strong hand in it.

I was wondering because throughout this entire year, luck has been too big a part of my season (mainly poor luck). For example I dead drew some crucial games against some good matchups at San Jose then faced a bad matchup putting me at 6-3 and out of cut (granted I was playing plumebox although dead drawing the way I did was still unexpected). Additionally, it seems impossible for me to N my opponents into a dead hand this year as my opponents have topdecked to the point where I lost a regionals t32 win and in, multiple matches in league cups and the reason I lost almost all my games in Seattle. Meanwhile players that consistently do better at tournaments do so because they don’t seem to dead draw or get unlucky as often as the rest of us. So my question was wether there was some bug player secret the rest of us were missing out on or if it was just my lists being inconsistent and myself making poor plays.

It is possible that you get poor draws and you opponents get exactly what they need, when they need it. The odds are that sometimes it -should- be in your favour, but there is absolutely no rule in probabilities that says you can’t get 10 tails out of 10 coin-flips, the probabilities are that is -less likely- to happen, but that absolutely doesn’t mean it won’t happen.

In TCGO, knowing your deck, knowing you’re opponent’s probable plays are very large “skills”, but it’s all layered on top of a basically random system of card distribution.

One of the most underrated skills is the ability, on your first deck-search, to know, and remember, -exactly- what has been prized, and how it could effect your game going forward.

It’s really hard to put a hard value on how much the random factor influences success in Pokemon TCG, but if you look at lifetime win rates of the most successful players for pretty much any TCG, you’ll see they hover in the 60% range, and that’s a pretty good indication of the influence of random factors.