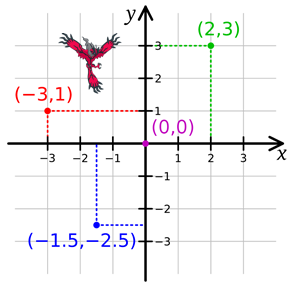 Hello SixPrizes readers! I’m glad to be writing again. My work schedule does not allow me too many opportunities to write, but I am always excited to bring you guys new content when I can. One positive of this schedule is that I am never starved for...

So, I always see a lot about Raikou / Eels being a big contender, but I never see anything about Rayquaza / Eels. I constantly wonder why when my variant (which includes Eelektross and Smeargle) is very consistent against most of the top decks (including Yveltal + Darkrai) due to speed of setup + the power of Ray + the flexibility Eelektross brings to the deck. I am not a top player, but it is a great deck and I honestly wonder if half the reason it doesn’t get played is because people are tired of the archetype.

I can provide a deck list that wins a ton if anyone is interested, but honestly I am simply bewildered by the omission more than anything else.

A couple of things:

There are probably other smaller reasons, but these are the first things that come to mind.

what do you think about nightmarch?

Sorry for the book in advance.

First. Thank you for the reply. That was a very good summation on Raikou. Forcing an opponent to take 6 full prizes off a beefy basic is a huge benefit. I have some points counter points :). Only going for a good discussion, so take it in that spirit

I think one of the issues is the fact that you don’t have a deck list and I am absolutely not following the standard application of Ray / Eels. I am pretty new to sixprizes, but here is the deck list I am referencing: Rayquaza EX / Eelektross / Tauros GX

It is very rare when the energy split matters. Very rare. Few people are gunning to take out the Smeargle. Also, maybe I play the deck differently, but I also don’t dump energy into the discard pile via battle compressor. I use that for deck thinning and typically draw into energy. Late game, you are absolutely right though. If an ability lock is happening, that can mean the difference between a win and a loss. I rarely see Garb in expanded though and even more rarely see a deck able to sustain the ability lock while making me pay for stacking the energy onto my bench early.

I disagree with the Night March / Vespiquen analysis as my deck list does play Karen. While Night March frequently gets ahead, It rarely finishes against this deck because it can’t sustain after 2 or 3 Karen. Vespiquen is better at recovery because there are more Mons to get back into the discard pile with a wider range of ways to get them there, but it also doesn’t T1 knock out a Rayquaza either. Honestly, I have played over 300 games with Ray / Eels. These are two of my easier matches.

Trevenant is rough. There is no arguing that. That said, my deck is tech’d against it using FCL Bronzong + Giratina promo. T1 Trevenant is rough for most decks. That said, it still takes 3 full silent fears to clear my bench and if Bronzong gets up, the match shifts dramatically. But your point is absolutely correct. This is a bad match up.

Toad depends entirely on the variant because I get a turn of items and that is usually enough to get the Eelektriks ready and down T2. The games I have played against Toad / Owls have been harder than the games against Toad / Bats mainly because the Owls more frequently take out a tynamo T1. Toad Bats is very slightly unfavorable, but less so than Toad Owls. TBH, Toad Bats w/ Lasers is far worse for me than either match up, but I don’t see that combo as much as the scoop varieties.

T1 Archeops is a pain, but generally something that can be worked around the same way other decks do with a combination of Hex Maniac + Lysandre. The thing is though, Ray also has the advantage of not holding energy for Yveltal to get freebie additional damage. Also, I frequently find myself using Eelektross in this match up to hit for weakness. Overall, I think this one is fairly even for me when I play against it and becomes positive if Yveltal doesn’t hit T1 / T2 Archeops.

Turbo Darkrai is a match up I don’t lose very often. Between Xerosic and the overall speed with which Ray sets up 1 shots, I have found that I overwhelm Darkrai before it can get enough energy to take one shots. Not an easy match up, but a favorable one for Ray.

Referencing a few other decks you mentioned in the article.

I haven’t had many issues with M Mewtwo / Garbodor. It just isn’t a match up that goes well for M Mewtwo since it has to stack so much energy to take down 1 Ray without Ray helping out by holding the energy.

Sable / Garb. Same with this deck. The primary approach to stopping Ray / Eels with this deck is to stop abilities in order to deny energy, but honestly I just haven’t had many issues beating this deck because it is too easy to stack the energy onto a quickly Ray for a Garb KO. Junk Hunt only gets those Garbs set up so fast. It might be the players I have gone against, but playing conservatively with my cards has never really made this match up too bad IMO.

M Ray / Rainbow Road are unfavorable. Both decks are fast and hit for a ton. I am not tech’d against them either making the match ups worse.

Vileplume / Walls. I loathe this deck. Absolutely loathe it. In a lot of ways, this deck is harder to beat than Trevenant due to the speed with which it sets up a Jolteon. While I am free to get Eelektross up and running to hit Jolteon, this is still a hard match up.

Zygarde / Carbink. Your analysis hits this on the head. Giratina really hurts this deck.

Accelagor / Wob. I used to have Olympia in my list just for this match up. I don’t see the deck enough though, so I removed it. I also agree with you on AZ not being something you can count on as a counter to the deck.

Solgaleo / Bronzong / Metal Toolbox. Not on your list, but it is the one match up that I honestly don’t think Ray / Eels can win without a heaping of luck. The HP + overwhelming power of the deck is pretty impressive against Ray / Eels and it takes 4 full energy on Ray + a FFB to make up the difference to trade once. I consider this the only true auto loss deck in expanded for Ray / Eels.

Long story short, there are unfavorable match ups for Ray, but no more than a lot of the other decks on the list. It is ability dependent, but the deck list I provided sets up T2 1 shots on 180 HP EXs regularly and that amount of early pressure is hard to replicate with most other decks. It also accounts for a lot of the issues the original Ray / Eels decks faced with the inclusion of Eelektross.

Basically, I would simply ask you to test the deck against some of your friends. I think it will surprise you how effective it is.

Night March is objectively one of the strongest decks ever printed. It’s quite good right now, just has problems with Toad and Trevenant. Playing a Tauros helps, but doesn’t make the matchup favorable by any means.