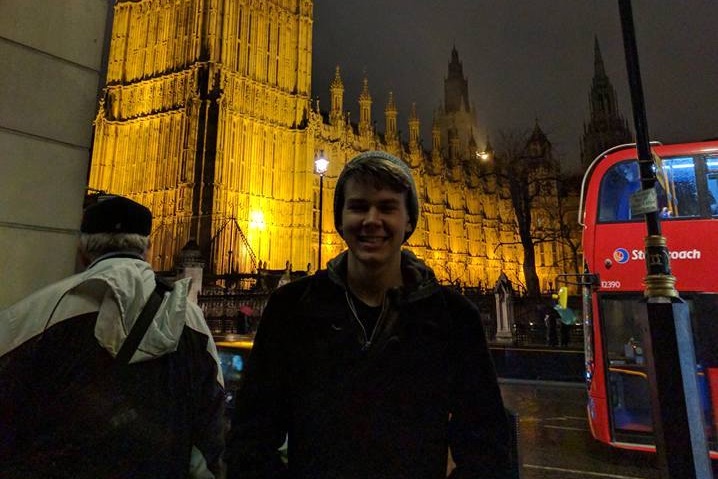 What a weekend. After an absolutely amazing experience in London, I’m back in the United States with lots of stories, pictures, and a bit of cash as well. I’ve gotten a lot of requests for this article and a lot of questions that I wanted to answer...

Rough luck with two 9th places so close to each other but consistency often shines through. You’re due for a big win sometime soon!

[quote=“Fifthhorseman86, post:3, topic:9976”]
First, why did you opt for 3 Shaymin EX over a combination of Shaymin and Octillery? [/quote]

For one, I think Octillery is generally bad. It’s too difficult to get out consistently unless you dedicate 4 of your deck spaces to it. It’s also a liability on your bench with 2 retreat. And drawing up to 5 is pretty underwhelming, especially since it takes a turn to evolve into unlike Shaymin.

The biggest reason is that I was only focusing on two matchups, Yveltal and Greninja. Yveltal is going to get Garbodor out against me and I’m going to get Garbodor out against Greninja. Thus, Octillery is all but useless in those matchups. Shaymin helps my set up early game, has a good attack to conserve DCE and deal some chip damage to allow my Vespiquen to take easier KOs, and is just generally a better fit in the deck.

Second, why did you opt to play 3 each of Unown and Klefki instead of 4 of either of both?

The real answer is that I didn’t really think about it critically. I hadn’t played the deck much before I went into the tournament, maybe 8-10 games at most the night before. I needed a cut for 3rd Blitzle and 3rd Zebstrika so I took one of each of Unown and Klefki out without considering just cutting 2 of one of them.

They both have their merits of course, Unown for the early draw and Klefki for making mega matchups slightly easier. If I were to play the deck again and I expected to play more than 1 Mega deck that’s not Mega Rayquaza, I would go with 4 Klefki and 2 Unown. Otherwise, Unown is probably better and having 4 of it isn’t a bad idea.

The one trick I did think about was being able to attach a Klefki to my Garbodor to activate Garbotoxin during my opponent’s turn, while still giving me access to my abilities during my next turn. This could have come in handy against Volcanion to stop them from easily OHKOing you but still let you replenish your hand or place more Pokemon in the discard pile to take a big KO. This is where I like having the higher Klefki count but I didn’t necessarily need all 4.

Long story short, try out all of the different combinations and see what you like best! I don’t think there’s necessarily a right answer. Just be deliberate with your Klefki drops, especially against a Fright Night Yveltal.

And, thanks for your kind words!

Thank you for taking the time to reply and for such well thought out points!

Hey Alex, congrats on the high placing. I was wondering how does this deck do against the rest of the metagame?

Thanks! I actually haven’t tested the deck very much, really only caring about the matchups against Yveltal and Greninja. Honestly, I think many other matchups are fairly bad.

Volcanion is unfavorable unless they bench Shaymin and don’t use Parallel to discard them. Vaporeon might help the matchup enough though.

Gardevoir would probably beat you because they can use Hawlucha or Rattata to get around your attacker that you put a Klefki on. They’ll just discard their Shaymin to never give you free prizes.

Mewtwo is probably winnable, but you’d have to bank on them having a Shaymin on the board I think. It could also be difficult to work around Damage Change as well.

Rainbow Road would probably be fine, just Lysandre Shaymin for easy prizes and trade 1 prize attackers when you can’t do that.

Vileplume would be pretty bad unless they whiff the T1 or T2 Vileplume, you just rely on items too much. However, if you can string attackers, you have Zebstrika and Shaymin to attack Glaceon and a Vespiquen can run down their whole board.

Rayquaza would be the best matchup you could ever hope to see, basically the same as Yveltal but they don’t have Garbodor haha.

Anything with Giratina would be an autoloss. You could play basic energy and Jirachi to deal with it if you expect it to be played.

If you have any more specific questions let me know. The deck is pretty straightforward and all you need to think about is “attack Shaymin with whatever attacker I can, close the game with Vespiquen” in most matchups.

Thanks so much for the detailed response. I will be sure to let you know if I think of any other questions.

If you were to play this again in Dallas (hypothetically), what would you cut if you wanted to play the Vaporeon line? I’ve messed around with a ton of variations of the deck, and the list is so tight I’m at a loss as to where to go from your list towards a better Volcanion match-up. We found Vaporeon to be very good, but when we tested the deck it was without Garb because we wanted to specifically test how much Vaporeon improved the match-up. I don’t want to actually cut Garb though, so what two cards could you see yourself cutting for a 1-1 line of Vaporeon?

If you were to play this again in Dallas (hypothetically), what would you cut if you wanted to play the Vaporeon line? I’ve messed around with a ton of variations of the deck, and the list is so tight I’m at a loss as to where to go from your list towards a better Volcanion match-up. We found Vaporeon to be very good, but when we tested the deck it was without Garb because we wanted to specifically test how much Vaporeon improved the match-up. I don’t want to actually cut Garb though, so what two cards could you see yourself cutting for a 1-1 line of Vaporeon?

Well, for one, I wouldn’t play this in Dallas (or anywhere really. The deck is a bit too clunky, especially in Best of 1 situations, and doesn’t beat enough of the top decks). I expect there to be some Yveltal but not enough to carry you to Top 32 on that merit alone.

Additionally, Vaporeon has not proven to help the deck very much in my testing. I’ve tried a 1-1, 2-1, and 2-2 line with little success. It’s hard to actively draw into both it and enough Vespiquen pieces to attack against Volcanion while they still OHKO all of your attackers with ease. If you do find all of that (for a few turns at least), you’re definitely benching Shaymin which gives them easy ways to close the game out.

If you’re dead set on playing the deck and including Vaporeon, you have a few options. My suggestions for expendable cards would be the 3rd Float Stone, the 2nd Garbodor, the Pokemon Ranger slot, or an Unown/Klefki. You could even go down to a 1-1 Garbodor and drop the 3rd Float Stone for a consistency card like Level Ball. Just be careful not to clog the deck up entirely with Pokemon, it’s already prone to dead draws and awkward hands in the mid game.