For those of you who didn’t know, the first Temporal Tournament kind of died.

So, I’m making a second one!

Yes, I know that’s a lot of rounds. There’s a point where I switched to actual Rotations, but before that point, I tried to make it fair by rotating a similar amount of sets each time, with some exceptions to not drag this on too too long.

There is a banlist. This is in the spirit of making the game fair, and if this is popular enough, we could attempt to contribute to this banlist eventually, or if you think there is a problem with a certain card that’s in several Pokémon, please say it, and we will discuss it.

PLEASE don’t all use the same deck. Let’s get some variety.

After I announce when the next round happens, you have a week to test your deck and then post/PM the list.

All those formats will be one round of SWISS each, and then a top 2 cut in another BCR-on format.

I don’t care how long it takes, emerald break will not be legal until top 2.

First turn rules:During these formats, there are no restrictions on what a player can do on the first turn:
Base set -> Gym Challenge
Neo Genesis -> Skyridge
HGSS -> Noble victories
Black and White -> Plasma Storm

During these formats the player going first can use trainer cards, but cannot attack:
Next destinies -> XY Flashfire
Boundaries Crossed -> Primal Clash

TCGOne, PlayTCG, or LackeyCCG. There will be a point where you could either use all three, or only Lackey for the entire thing. Decide with your opponent.

After the suspect day, you will have a week to complete your battles and report your scores.

I hope you like what you read here, because here is the signup page! Please sign up if you think this is an interesting idea.

Please don’t join then dissappear from 6p soon after , that’s how the first one died

I want to try this out, I just need to know where to play.

Can I join again? I found the first one to be quite interesting and wouldn’t mind doing it again.

I’ll join again, definitely was enjoying the first one

LackeyCCG is downloadable, and the other 2 are Browser-based. You start will all the cards for all of them.

Well, we have an odd # of people, so 1 more person and then we can start!

you got a link to info on the previous metagames
edit: grovyle just saying im finding only tcgone’s interface works for me 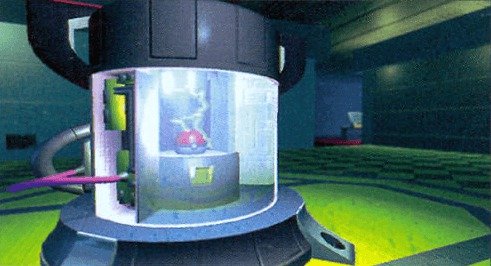 Lately I’ve seen more and more players getting excited about building and playing past formats. One of the biggest struggles I’ve seen players encounter though is they have no idea what the formats were really like or what lists for different meta...

The issue is TCGone lacks some of the formats we need and the entire DP-CL block of cards. If you and your opponent decide to use TCGone, than Go for it.

@Bostostar, that’s for you and your opponent to decide. The three best ones are:

Come on… Just one more person… Anyone have a freind they can persuade?

This seems interesting, but I am absolutely clueless about the base set all the way up to secret wonders.

Hi. If it an online program I would like to enter.

the reason for using all three is TCGone and PlayTCG don’t have all the cards.

LackeyCCG can be downloaded here…

You’re best linking this for Lackey instead: http://lackeyccg.com/pokemon/
That way people can choose high or medium versions. High is much better quality as the medium images are so small they’re hard to read

when does the tourney start? I’m so excited!!!

Before we start, is is alright if I record my matches for my Youtube channel?