"Talent Show" – The State of Expanded, Counteractive Plays for Week 3, and the Problem of Diminishing Interactions 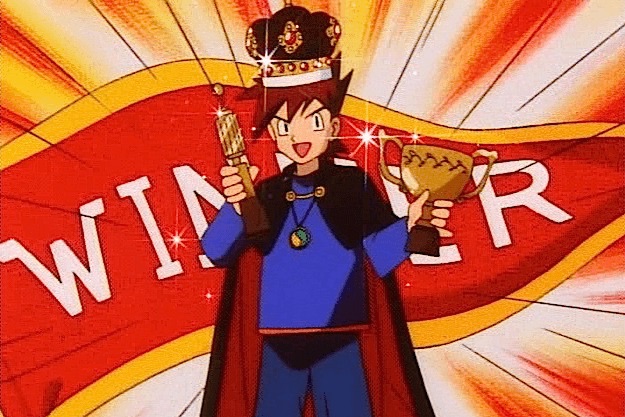 “Talent Show” – The State of Expanded, Counteractive Plays for Week 3, and the...

Fall is upon us and amidst leaves changing color and sudden cravings of all things pumpkin flavored we get to begin our competitive season with Autumn Regionals. The gap between Worlds and Regionals is always a daunting one and I eagerly look forward...

Brit - I am confused by these lines in your discussion of Yveltal/Crobat/Leafeon.

“Yveltal is a strong and efficient attack that when combined with Hypnotoxic Laser and Crobat damage easily threatens the board for only one Energy. Oblivion Wing scores clean knockouts on both Night Marchers, and when Jolteon is in play, you can take big swings on opposing Yveltal.”

In the next sentence, you discuss the purpose Leafeon plays in the deck, as a counter to Keldeo EX and Seimitoad EX. Are you suggesting that Jolteon allows Yveltal to hit opposing Yveltals for weakness? Obviously, it doesn’t since Yveltal is not a Stage 1, but your wording is very confusing.

I made an edit in there somewhere because I was confused by the original wording, but I might have messed it up worse. Sorry about that! cc: @CeladonBrit

Sorry! It is confusing and just an error in my wording. It would be nice if Yveltal could take advantage of Jolteon but I do believe that it’s realistic for Yveltal to have enough energy on the board (considering Dark Patch and Oblivion Wing are very efficient) for Leafeon to be a threat with or without weakness.

That Yveltal/Bats deck looks fun and powerful. What are its matchups?

Your point about the lack of interaction is a very good one. I hadn’t thought about it much before, but it explains a lot of what I find unsatisfying about this format. Decks are designed to just go off and run over the opponent with very little regard for what they are doing. Because decks are so powerful, there is almost no time for a response. Even N is close to irrelevant in Expanded, and using Lysandre to counter a problematic non-EX Bench sitter is usually impractical because it puts you behind in the Prize trade and there’s not often a way back from that.

Routine turn 1 Archies is ridiculous and doesn’t even feel like Pokemon (much more like FTW YGO decks). Compressor is an issue, but as usual the problem lies in combinations of cards. Compressor, VS Seeker, and Trainer’s Mail could all be fine cards on their own. Throw them in the same format and the result can get ugly.

Yeah, love this insight into the challenges of current speedy decks. While I love the concept of having non-item, non-supporter based draw, Shaymin also exacerbates the problem. As I mentioned in my Nationals report, we put 2 Shaymin-Ex in every build now because it is so incredibly common for the first play to be do one or two things, then Ultra Ball for Shaymin. The act of Ultra Balling throws away 3 cards, so you typically Shaymin for 3 or 4 cards JUST BECAUSE. Because it is better to look at 19 cards (8 to start + Shaymin for 4 + Juniper) than 15 - ~30% more cards T1.

You quote Sam Liggett on exemplary play in an earlier article:

The play example I just walked you through is an all-too-common moment in a Blastoise deck, probably takes 5 minutes to execute and is a tiny fraction of T1. How could anyone care enough to be exemplary in the face of such un-interactive play? What did I learn about his deck by paying such close attention? Well, he hasn’t hit the combo to get Blastoise out yet. The only meaningful change in game state was battle compressing 3 cards and putting a Shaymin into his hand, but I had to watch him shuffle four times.

I posted my Sableye list today. You should try the Battle Compressors. Battle Compressing is too good. Also, the Garbodor is your only hope vs. Blastoise and Metal, at least in our testing.

On stream today, I heard a statement I found startling in its inability to appreciate the complexity of Battle Compressor. A commentator said that typically the Vespiquen / Flareon player will choose a line of Pokemon to discard based on initial deck inspection (either Vespiquen or Flareon) because you HAVE to discard something. With all due respect to the commentator: this is a sophomoric way of playing Vespiquen / Flareon. The best players know exactly their counts on their Vespiquen and Flareon on the first deck search, and can make evolving decisions on which pokemon to discard throughout the game based on prizes taken.

Good players should be happy that cards like Battle Compressor exist.

I think that Compressor is a card that is highly conducive to skill to but I don’t think that quite justifies its existence in the game. It shapes the way that games are played in a way that I think is ultimately unhealthy and could be better. At a certain point, I think that every card rewards the better play and so applying this to Battle Compressor doesn’t really solve the problem.