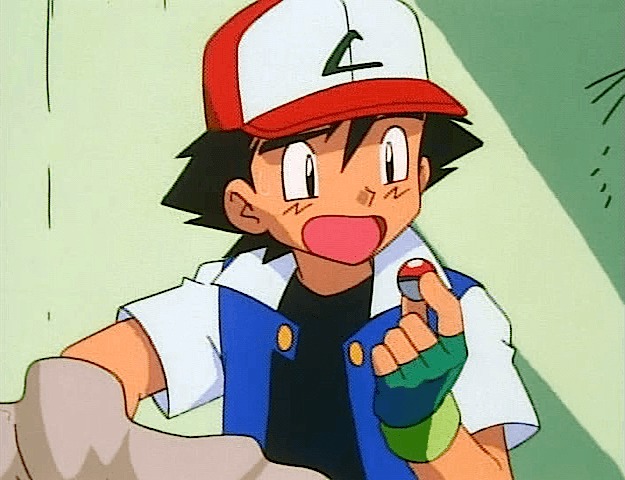 Hello again everyone! Fall is one of the most exciting points in the Pokémon Organized Play season, as we transition from small events, in the form of localized League Challenges, to the first major events of the post-Worlds rotation, Autumn...

You asked for feedback in the discussion forums on Expanded as a format and Organized Play as a whole. Here is my stab at starting discussion.

Your assumption: Worlds is the primary goal of competitive play for many

Your assertion: The primary hurdle to earning an invite is the requirement that one master two formats simultaneously for every release

My reply: I agree wholeheartedly to your assumption and your assertion. WotC would NEVER do this. In fact, when I first heard that Expanded would be a format for PTCG, I got excited and wondered, “Great! How are they going to change the season structure such that multiple formats can be enjoyed throughout the year?” I literally laughed out loud when I saw their “solution” (the current split in format). My first thought was “Wizards would never do this.” The only reason I can see why it is being done this way: an attempt to develop some measure of consistency with the format the Japanese players enjoy.

That being said, moving the discussion forward feels to me like a waste of time - like we will offer up some GREAT ideas that will never get off the ground. @kwisdumb wrote a great article on this. The only thing I would add to his system: It feels like there should be two more big tournaments during the format cycle. By “big” I mean “bigger than Regionals but smaller than Nationals.” Maybe one on the East Cost in November (between Regionals & Cities) and one on the West Coast in June (after the last Regionals and before Nationals). I guess the comparison to MTG would be the Grand Prix. Each of the two Pokemon Grand Prix’s could have a split format because 1) everyone would have had time to master the standard format to include the current release (since the Grand Prix is after a Regionals cycle); so 2) Players could actually invest some time into exploring the Expanded format. THAT would be fun! I would enjoy planning and preparing for that type of event for sure.

But the end result would be a bit of relief to the player base: for those who don’t want to invest in training for Expanded, the entire rest of the cycle offers the opportunity to qualify for Worlds in a reasonable manner.

The requirement to master the Expanded format for every release is just absurd. Chris, your most compelling point on this matter was the cost of the format in four years if it is kept this way: can you imagine how expensive Landorus EX will be at that time? How could new players possibly enter OP at a reasonable price point? It’s just absurd really.

Let me also clarify a bit Patrick. The top players in the game should have no issue learning two formats at a time. A lot of players with the time and skill can certainly figure it out. The big point for me is I view it as a deterrent to those players who are on the fence regarding how seriously to take their season. I think it will do a decent amount of damage to the growth of organized play by producing not just a financial barrier to playing the game seriously, but a motivational one as well. With Magic, if you don’t play Modern, for example, don’t travel to Modern tournaments. In Pokemon, where there is such little margin for error chasing an invite, if you REALLY want to try and get enough CP you need to attend every major event you can, forcing you to play additional formats now. So if you don’t have the cards or time needed to test the additional format ( a lot of good buy busy players will fall into this category ) you may not only skip going to the events featuring Expanded, but you may choose to skip going a lot of Cities and nearby States as well because you care less about the CP grind. I LOVE the idea of Expanded. I LOVE additional formats. Its a major appeal of Magic for me. If I’m bored of a stale Standard format, I have alternatives. Which I think is where Pokemon has missed the point. Additional formats are great at providing alternatives, but what we are instead getting is forced to play both. If you prefer Expanded, too bad, you have to play Modified too. If you prefer Modified, too bad, you have to play Expanded too. We are only given a package deal.

Another criticism of Expanded I have going forward is still with the issue of power creep. I mentioned before I felt like some more innovative ideas likely exist in Extended, but if you look at what decks saw play at Regionals, we more or less saw Modified decks with mild tweaks. There isn’t even a HUGE sense of identity to the format yet. It is different enough to require individual testing for it, but it still FEELS like Modified. And as Pokemon has shown no indication it is stopping its current set design approach of “keep making the new cards more powerful so they see play and sell” then the older cards will just continue to get outclassed and a majority of Expanded will still play just like that seasons Modified, defeating the purpose. You still sprinkle in a few older cards, changing some dynamics, but it doesn’t feel fresh, new, and appealing. It is different enough to require separate playtesting, but similar enough that it doesn’t feel like an alternative, which I don’t see changing too much.

Also, Adam, I always look forward to seeing what ridiculous images you add to my articles, and that Seismitoad gif is killing me. -_-

Also, if you think the price of Landorus EX could be bad, imagine Tropical Beach

Just wanted to let you guys know that Charizard-EX hits for 60 for (CCC) with Wing Attack. I believe you said 50 in the article. Good article nonetheless!

Actually just a simple typo out of me. Doesn’t stick with the (brief! ) proofreading I did. ( Someone for the site does a LOT of work on my grammar

Theres an unsung hero behind every one of these )

Thanks for the clarification Chris. I wholeheartedly agree with you on the following:

I think I disagree with you on power creep. On the next rotation, it would make sense to see Boundaries Crossed through Plasma Blast phase out. If that were to happen we would lose some extremely powerful archetypes (and the Ace Spec mechanic). I don’t see the forthcoming archetypes as significantly powerful as the ones that would phase out. And in two years, when LTR and XY rotates, Expanded will be a huge contrasting format. I was around when MTG created the Extended format (called Type 1.5 back in the day!). At first, it was really nothing more than an opportunity to play a broader base of land. But in just a few years, the format changed entirely (MTG card design helps - they are great at finding cards with synergy in different formats).

But to me, as a Pokeparent, the cost of entry is really the most important thing. How can I encourage my kids’ friends to start playing in a format like this? How do I coach my kids’ friends’ parents on how to prepare for tournaments? Right now its relatively easy because the formats are very similar. If Johnny is playing Yveltal, finding 4 Dark Patch is a $15-20 eBay purchase. But in three years? When the formats have time to stabilize and fully differentiate themselves?

It’s a strong barrier for entry and a completely untenable model.

As useful as Jirachi EX is I find myself losing due to it being benched. Not everybody has to like Jirachi, I just feel like since your shutting down abilities it’s slightly counter-productive, that’s just my opinion.

But, yeah, I would probably replace it for another lysandre.

I feel like against VirGen this would be a prime example of it being problematic. Could you elaborate a bit. Thanks.I realize it’s incredibly useful for getting Lysandre I’m just uncertain if it’s a good trade-off.