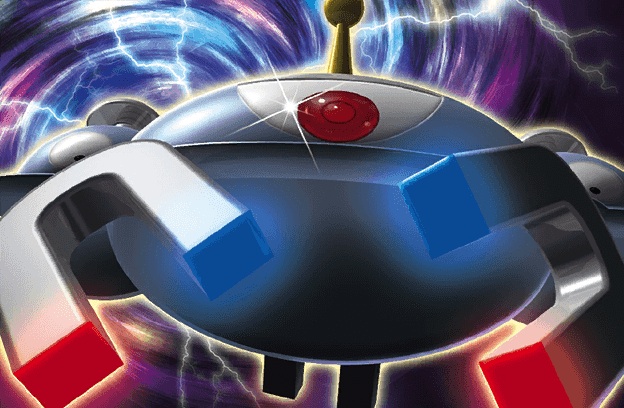 “Stage 2 Scrutinizing” – Reviewing Rare Candy in Standard and Expanded with...

Hello everyone! Travis Nunlist here rounding out the week (outside of Christopher’s Friday Flyers of course) after the very first North American Regional Championship! In the mere month since my last piece I have been fortunate enough to be able to...

Enjoyed the article Travis! Very on point for me as I’m attending Portland as my first regional and strongly considering playing Gardy/Gallade.

I have a couple of questions. First, I’m still smarting after buying leles and computer search after deciding to play competitively. I can’t bring myself to shell out $600+ for three Tropical Beach. Or even $200 for one, frankly. What would you recommend as alternate plays? (I run one Parallel City in my current list.)

Second, what’s behind the switch from Octillery to Oranguru? Space? I have been frustrated by difficulties getting the Octo out sometimes (I run a 2-1 line currently), but Abyssal Hand is so sweet with Premonition. I hesitate to make the switch. What are your thoughts?

To be completely honest, there isn’t a good replacement for it in the format but I do believe the deck is still functional, though suboptimal, without Tropical Beach. I would recommend dedicating those extra spots to consistency cards. That can be in the form of more balls, more energy, more supporters, etc etc.

I’ve been playing Oranguru>Octillery in Gardevoir/Gallade for quite some time now simply due to the ease of access. Expanded is already such a fast and consistent format that I don’t really want to mess with evolving multiple different evolution lines throughout the game which led me to stick with Oranguru. You can still pull off plenty of great plays with Premonition/Instruct even if it is weaker draw than Octillery overall.

What’s the best approach against Toad with Gardy/Gallade? It feels impossible play against when a quaking punch T1 is evitable and finding kilrias to manually evolve very hard?

Hi dbussert! The Toad matchup essentially comes down to whether or not you can evolve despite the item lock. Being guaranteed a turn of items is very helpful for this, and having two Kirlia means you can theoretically get two Gardevoir out! Before SLC I was favorable in my testing against Toad/Garb because their output is so limited that they can’t really keep up once a Gardevoir starts swinging. If you stall, try to attack with a Tapu Lele-GX until you can get stabilized. Gallade can help your consistency with setting up here, but I would be careful of evolving into Gallade over a Gardevoir unless you can do so with Rare Candy.

Hope this was helpful!

Thanks Travis. I’ll see if I can maybe borrow some Tropical Beaches… doubtful, I’m not that plugged in, but worth a try I guess. If you do have Tropical Beach, I imagine you only really use it in the first couple of turns while setting up? Later I’d imagine if you can’t effectively attack for some reason, Twilight GX would usually be the better play, or is it?

I’ll definitely try your list (except Beaches) and save Octillery for decks that use Brooklet Hill. (True, sad story: in a league cup my opponent went first and attached to his lone Buzzwole GX and passed, I started all 4 Ralts in my hand and played Sycamore turn 1. had two Gardys down by turn 2 or maybe 3 and if I remember right maybe a Cynthia on turn 2… and I still lost! I could not find a Remoraid, another supporter, or an energy besides a single DCE - but no Gallade! - for the next three turns… I guess maybe I wouldn’t have been able to find Oranguru either but obviously one card is easier to find than two.)

Here’s an idea which is probably terrible, tell me just how terrible it is: running maybe 2 of Burning Shadows Diancie. Sparkling Wish could help with evolutions, in general and particularly under item lock (I find Beacon from Alolan Vulpix hardly ever sticks, due to N). Diamond Rain helps buy time to set up vs Trevenant or other spread decks. I have not tested this at all, just theory. (Maybe actually not terrible in Standard vs Shrine decks?)

I’m getting cold feet for playing Gardy/Gallade in Portland. Travis’ list is definitely more solid than what I was using. But I’m worrying about matchups. I’m thinking there’s going to be a lot of BuzzRoc and Trevenant, and those matchups are really tough. BuzzRoc in particular, the early pressure on Ralts with Jet Punch is just really hard to deal with. Often they can knock out two Ralts with their second attack, and at some point you’re going to run into a Beast Ring turn where they can often knock out a Gardevoir. It’s just too much to come back from at that point. (Turbo Buzz is basically what knocked Gardevoir out of top tier last season right?)

Any advice on how to approach it? Do the Tropical Beaches make a difference in the matchup?

I think this matchup is 50-50 tbh. When you say " Turbo Buzz is basically what knocked Gardevoir out of top tier last season right?" you have to remember that was in Standard and not in Expanded. Expanded is 100x more consistent and I still think as long as you don’t stumble in setup too much the matchup should be a win more often than not. If you’re still worried, I would recommend including a Mewtwo-EX to help smash any Buzzwole-GX with that get frisky.

The BREAK decks (Trevenant and Greninja) are bad matchups. If you’re scared of them you can include a Giratina Promo, but even then the matchup only becomes slightly favorable. Both decks usually play Espeon-EX which makes them difficult regardless.

If you anticipate those to be the two biggest decks I would recommend trying:

Losing Sudowoodo also makes Korina marginally less valuable, so you could also cut that for another consistency card or second Guzma. However, Korina is great and helps to guarantee T2 Gallade (Generally your preferred lead). Prizing it sucks but it’s also bad against Trev.

Thanks for the response… Mewtwo-EX, you mean the X Ball version I assume? I’d really find it hard to cut a Korrina, they are so great. Including them is probably the biggest improvement over my old list.

Re: “not stumbling in setup”, I guess the Tropical Beaches should definitely help with that. I may possibly be able to borrow some for Portland and have practiced with them a bit with proxies, but I don’t have them when I play on online. Also in my last run of bad losses against BuzzRoc online, I did have some rough starts (like Lele starts), so maybe some selection bias is at work.

Thanks again for your patience; I’ll try to stop bombarding you. But one last general question. It seems best to go aggressive against Trev, but is it the right approach against Buzzwole? I’ve been trying to play it pretty aggressive (building up enough energy on Gardy for the OHKO). Is that the wrong approach? It often seems to lead to stumbling into Beast Ring and sometimes getting knocked out by Dangerous Rogue. But I’m not sure how else to respond to the pressure they tend to put on.

No worries! I would say that’s mostly correct re: matchup approach. Buzzwole you have to kind of play to their tempo and really try to map out a game plan for going into and getting out of the beast turns