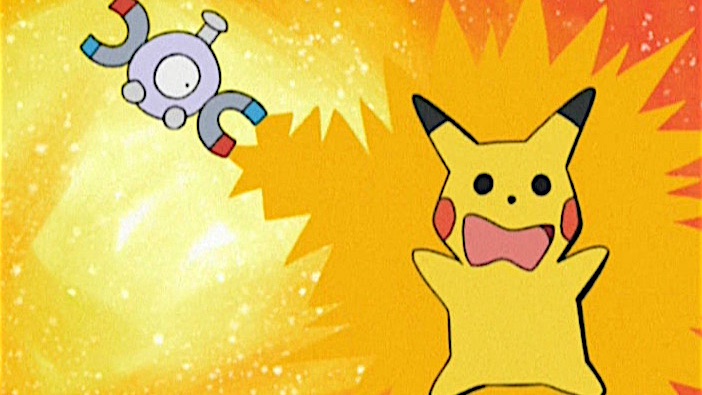 “Squid Pro Quo” – In Pursuit of an the Ideal Worlds Invite Structure and Making...

Hello all! With the season winding its way down, I think that it is important to begin to reflect on the structure as a whole and begin to examine what worked and what did not work. In general, I have never quite agreed with the current 400 CP...

Thoughtful commentary as always. Here is my one comment: We need a different system for juniors/seniors/masters. Here are my caveats (frequently stated on this web site):

Finally, I have yet to see a really good reason other than concerns about burnout-based attrition for a BFL - it is great for Pokemon to have Sam Chen show up at every tournament in the world. He is an ambassador for the game and the presence of Top 16 players legitimizes tournaments and energizes players. If we want to region lock because North American players are too good and too inclined to travel due to socio-economic inequity relative to the rest of the world, I could have that discussion. But if it is just due to them being too good, that seems more specious.

Before I go into this more, I would like to say that I appreciate the thought that went into this article and really enjoyed the read and reasoning. I also appreciated the take even though I only partially agree with it :). That’s ok though. Different levels of skill and whatnot

As with bhalliburton, I also haven’t seen a great reason for a BFL to be reduced to 1 for cups or to be instituted for regionals beyond burnout at the upper end of the player pool. That’s not to say that it isn’t a legitimate concern at the top of the house (because these last 2 months are going to be insane for the top 16 race and that isn’t right). It absolutely is. I would simply state that I think there has to be an alternate way to calculate top 16. Maybe some combination of total CP and make it multiplicative with number of events placed at and a ranking system of finishes. So say you have like 800 CP (an example, I know the T16 players are higher) and you attended 10 events (5 cups, 4 regionals, and 1 IC). You could rank the placings at each event based on difficulty to create an additional “points” system that is similarly weighted based on attendance. Peter Kica had something like this and while I don’t agree with his overall math, I think the concept has merit. Something like: T1 at a cup adds .1 multipliers, T1 at a regional adds 2 multipliers, T1 at an IC adds 4 multipliers. Specific to the T16 race and has absolutely no bearing whatsoever on the invite structure. Then you BFL the multipliers. It still gives a lot of weight to the original points (if you don’t attend enough events, just T1 at an IC won’t take you to T16), but kind of doubles down on actually doing well at bigger events if you want to do more than just get an invite.

Curious about the lack of choice band. I am sure you knew this question was coming, but I have found that with the insane amounts of parallel floating around that hitting the choice band with metal + 2 psychic is pretty easy to do. It is taking it to the next level of metal + 3 that has been difficult. I get the idea is to parallel them before they parallel you, but a lot of lists are also rocking 2-3 blowers making blower my stadium, paralleled by your stadium fairly common. Has this not come up much in testing or are you content to 2 shot baddies like Zoroark and Lycanroc?

I think those are some good points. I don’t have a problem with Worlds being big but simultaneously love to watch MTG or Hearthstone Worlds where they have so few people qualify. Maybe the best option is a compromise where Day 1 is bigger than ever funnel more of those people into Day 2 and have Day 3 be more than just the finals? Maybe that’s asking too much but sometimes I wonder how hard Day 2 really is given both of my “high” finishes in 2015 and 2016 had fairly mediocre records.

I definitely am not in favor of region locking. I think I failed to mention this in the article but my issue was more that it takes a full-time commitment to chase top 16 and you basically have to be Igor or Pramawat to not being making <10k a year playing “professionally”. The BFL allows you to have a more realistic chance at Top 16 without having to play every Regionals and every International.

Choice Band is an interesting question and my answer probably won’t be satsifactory. The reason I don’t play it is simply because I’ve never felt I need it. It isn’t too much to ask to Psychic Recharge 2-3 times every single turn AND manually attach (especially with Professor’s letter in my list) so I have decided to dedicate my spots to other concerns or matchups.

As for the second question, I am definitely not okay trying to keep up with Zoroark-GX if I have to 2HKO their attackers. Those are the games that you lose but with a higher stadium count and equal Blower count, I seem to think that I can avoid this possibility most of the time though I will admit that I have not played against a ton of Zoroark on PTCGO and Zoro/Roc is absolutely the matchup I am most interested in testing for this weekend.

So the problem with BFL vs region locking is region locking is legislating limits to the travel. (i.e. there are only X tournaments you are allowed to attend). BFL is just creating enforced downtime, somewhat. I don’t see how it is good for Pokemon if Sam Chen says, “Oh, I hit my BFL, I think I won’t show up at that tournament.”

Uh, that’s all I got. It seems like having Sam Chen at as many tournaments as they can incent him to go to is probably good for TPCi.

I think I do agree with you to some extent. More than I might’ve indicated in the article itself. I think there might be a better way to have the top players involved at almost every event without needing them to hit up small Indonesian tournaments? If that’s at all possible. A lot of my beef with BFL is likely more directed at people who attend 8 regionals, day two 0 of them and have a Worlds invite. To me, this is a case of quantity over quality and abusing the system and again - not vilifying anyone doing this or thinking that it makes Worlds any less special etc but it strikes me as a flaw in the system that was not in play when there was a BFL.

That’s fair. As I indicate, my interest in seniors and juniors involves advocating for a point structure where you have to kind of “do something” to earn an invite other than just show up repeatedly.

Dude, let’s intellectualize at NAIC. Hope to see you there.

ELO was a horrid system to play under and wouldn’t wish that on anybody. It also highly discouraged playing in event which is the exact opposite of what Pokémon is looking for. There is also a ton of shady stuff that happens in ELO systems.

I also think that it used to be much harder to qualify for Worlds under ELO…I really don’t even feel that’s an invalid or that i’m taking an “elitist” stance on it, but I’m happy to discuss it.

It’s not even really arguing the level of players or size of events rather just the challenges to the ELO system…enter the “Jimmy Ballard” or “Tom Dozel” effect here.

The system heavily favored the later tournaments of the year and 1 bad showing could ruin an entire seasons worth of the work. The system was incredibly stressful to play in…I literally not even kidding hardly ate the week leading up to Nationals in 2008. I even made sure my bookbag was empty so I could throw up…I was that nauseous.

CP threashold system is essential a bench mark that everybody knows a head of time (we won’t even start in on Ross “mock nationals” runs under elo). I think it’s great giving players a way to know exactly what they have to achieve…the issue is of course Money. I mean I honestly think any half way decent player who has the time and money to travel enough will get an invite under a CP system. IDK if you want to call that a “flaw” or simply a bi product of a system. Neither invite structure is perfect.

I think Pokémon made a really good call by replacing “the grinder” with essentially “worlds day 1.” Setting a slightly low bar to qualify for, but essentially avoiding new players, or players who hardly play while at the same time dramatically increasing attendance…really a win-win imo.

I wholeheartedly agree with bhalliburton… any system that specifically encourages more juniors & seniors to attend/play at local, regional and national events should be encouraged. My twin 11-yrs old boys are going to be around 30-50 points short of their Worlds invite this year, but we are fine with that because we only attended 2 regionals and won’t be going to the NAIC this year.

However, knowing this has freed them up to once again play in multiple League Challenges (which we previously would have avoided due to the BFL with League Cups). At those smaller events, they have met many newer players and helped them to better learn the game, build better decks and become familiar with the competitive structure of the Championship Series.

In fact, we encouraged a first-year junior player (who has one year left before moving into the senior division) to make a run for the Worlds, even though he only started in the middle of the year. That boy attended his first regional in Charlotte, placed in the top 30, and will be heading to the NAIC in July. Based on his level of play (and the limited number of juniors that actually play competitively in our area), it’s very likely he will get his invite.

To bhalliburton’s point, greater participation in the smaller events can lead to much better things for TPCi. Giving juniors/seniors a reason to attend League Challenges, by separating them from League Cups can only be beneficial to the Pokémon community.