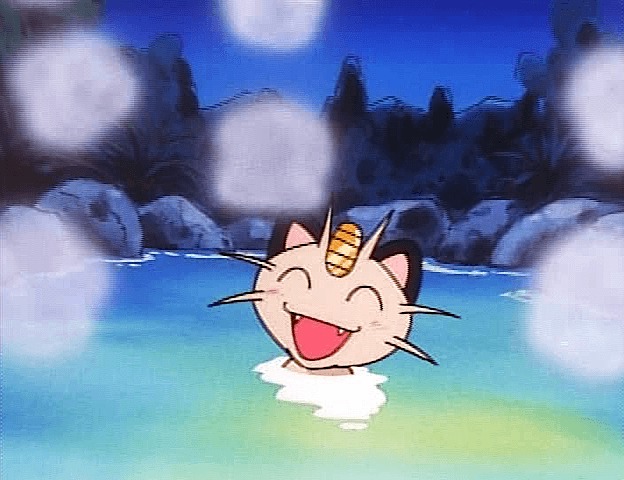 Another World Championship has come and gone and I am left in awe over what transpired in Boston. I do not wish to spend much time delving into the potential tragedy that we thankfully averted but I do believe that I cannot write a meaningful article...

Hey Brit, nice article. I appreciate how you focused on Standard as nobody else is. To comment on the end of your article, I don’t think the criticism you received on your Confucian article was correlated to a lack of lists. At least for me it had more to do with a lack of strategic insights. In example, I enjoyed your commentary on the positioning of M Manectric in the current meta (Landorus EX and Klinklang rotated so it seems as there are no direct counters outside of Hippowdon.) These insights are not dependant on a list, so even in your listless (or philosophically oriented) articles I would love to hear your insights. You’re a great writer and I look forward to more of your pieces. I certainly wouldn’t consider myself a detractor of your work, even though I voice constructive criticism when I see fit.

I think you’re right in a lot of this and I really do appreciate the honesty so thank you. My thought on 6P is that people care very little for anything other than the lists themselves and so it becomes difficult to try and write when you know you’re going to be mostly ignored. I could be very wrong in this view but it is one that has stuck with me.

If people aren’t interested in the reasoning behind a decks strengths, weaknesses, and role in the game that is their loss. I’d say keep doing what fulfills you, and if you’re able to influence somebody in the process that’s value added.

My thought on 6P is that people care very little for anything other than the lists themselves and so it becomes difficult to try and write when you know you’re going to be mostly ignored.

Perhaps this is true. I, like most, enjoy looking at lists and peering into the mind that composed the list by means of reading 6P articles. Brit, in your particular case (a person with a very keen intellect, passions that are at the pinnacle of human reflection, and great writing talent), I challenge you to gradually guide your readers to the place they don’t know they want to go. Rather than injecting 6P with content that is so drastically different than what is customary, use your talent to infuse the list-driven culture with your higher order thinking. Look, we know that people want lists. We also know that persons grapple with the issues you love in the quiet of the night, but they don’t like to admit it is important! Someone with your talent can successfully fuse the two I am sure. Looking forward to your next piece…

This is a wonderful idea and surely in the right direction. I just need to push myself harder to find ways to write in such a fashion.

I just want to echo a sentiment I’ve occasionally felt:

Couldn’t have said it much better myself. For those readers that feel otherwise, it’s great to hear you speak out. For those that feel that insight is just as valuable as card counts that haven’t yet spoken, I encourage you to voice that. It does influence our thinking as writers.

apologizes to Brit and bows out

Couldn’t have said it much better myself. For those readers that feel otherwise, it’s great to hear you speak out. For those that feel that insight is just as valuable as card counts that haven’t yet spoken, I encourage you to voice that. It does influence our thinking as writers.

As soon as I saw this, I wanted to put my thoughts on this topic out here for you and other authors to see.

I’d like to preface this post with explaining my current status as a player, as I feel that it is pertinent to what I will go on to say in the rest of this post. As of this month, I have been involved in the competitive aspect of the Pokemon TCG for approximately one year. I did not become serious about testing and traveling until States last year, but it was around this time that I began to attend League Challenges and City Championships. Fast forward to today, a year later, and I have still yet to earn any significant placings to my name. I have made top 8 at exactly 1 City Championship, I bubbled out of top 8 at the New Hampshire State Championships, I made top 64 at Seattle regionals last spring, and managed to make Top 128 at the Boston Open with a record of 3-0-4, technically undefeated. Essentially what I’m trying to say here is that I am very much what others would consider a mediocre to just slightly above average player.

When I first started playing, I admittedly mostly read articles on this site to obtain lists. I never actually used these lists, I mainly used them as a springboard for my own lists, which were quite frankly terrible up until ROS was released and I started to get the hang of things. As I’ve gotten better as a player (again, I still have a very long way to go), I’ve began to rely less and less on the lists as options for me to play, but more as things to test against prior to a tournament. I have never played a list from this site card for card at a tournament. The closest I’ve ever come to doing so was playing a Groudon list that was 2 cards off from Dylan Bryan’s list in his post-Nationals article. However, I am proud to say that I came to my final list after countless hours and at least 200 games of fine-tuning and testing my initial list against deck lists taken from this site’s articles. Although I ended up with a 3-0-4 record at the Boston Open with this list, I am proud to say that I did not drop a single match with this list that I created on my own (with the help of some testing partners, of course).

The real reason I continue to pay for my UG membership is the strategic insights of writers. This is the information that has transformed me from “that young kid who always goes 3-3 at cities” to a player who has been in contention for Top Cut right up until the last round of regionals. These are the types of articles I crave and learn the most from. I have a few notable examples of articles that have helped me in this past year:

Therefore, I feel as though the main purpose of reading SixPrizes articles in my case is to grow mentally. Without articles like those mentioned above, SixPrizes would hold less value to me. I can message any decent player in my area to get a solid list for an event, but I highly doubt that any of them would be willing to message me a ~3,000 word summary of their mindset that leads them to success.

Thanks to everyone who reads this post, I got a bit long winded, and please excuse any minor typos I may have made. I really hope that writers and other subscribers find this insight useful!