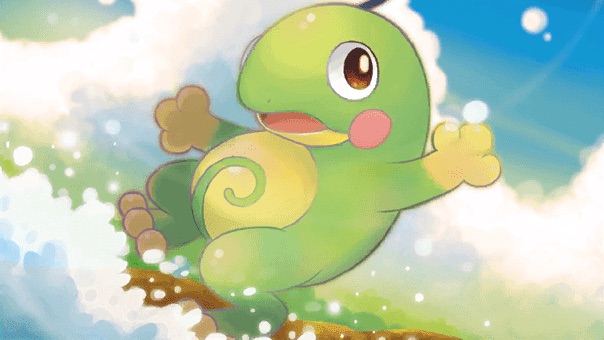 Hey everybody! I am officially enjoying my summer vacation now after a very challenging but rewarding semester. Since I don’t have to go to class for another four months, I have even more time for Pokémon! Between the additional free time and the...

Sweet decklists! I tried to make Chandelure PHF work when it first came out, but there were a lot of problems with the deck. I’m honesty shocked there isn’t any Rare Candy or Wally in that deck, but like you said deck space is very tight.

The point of Chandelure is to recall Night March, so Rare Candy destroys your strategy. I do agree that a single copy of Wally would be nice, though.

Totally came to a similar conclusion with Politoed. I was praising Archie’s usefulness for a long time. Almost thought I was crazy. lol

You’re definitely right there, Wally would have been a good inclusion. The space is really tight, but I actually didn’t even think about a Wally >.< Brain fart on my end for sure.

Yeah Squeaky was nice enough to try the deck out for a game. I watched him play a few more games with the deck and it could definitely use another Rare Candy. Also a Celebi-EX would be nice or maybe switch the stadium to Shrine of Memories to use Poliwhirl more.

I’ve been trying out the Night March deck and it’s a really cool deck tbh. It’s amazing against Mega decks.

Anyways, I flipped the Mystery and Psychic Energy count since I wanted to be able to deal with Aegislash, cut out Swampert for 1 copy of Shrine and a Xerosic.

After so many matches with the Mew Night March, this one feels like putting on new shoes. It’s really awkward, discarding all 4 Lampents off the bat out of habit only to realize what i just did later.

Anyways, Chandelure is surprisingly tanky, and has one thing other Night March variants lack; he ability to trade evenly with Donphan. One thing Chandelure has is Cursed Drop which places 6 damage counters, enough to deal with 2 Subs against Donphan, 2 Joltiks in a mirror, or snipe down a Victini or a Pikachu. There was one match i had against a Colorless M Ray deck, where I won with only one Chandelure that was ‘tanky’ because my opponent was too scared to hit it. I didn’t even need to hit for 220.