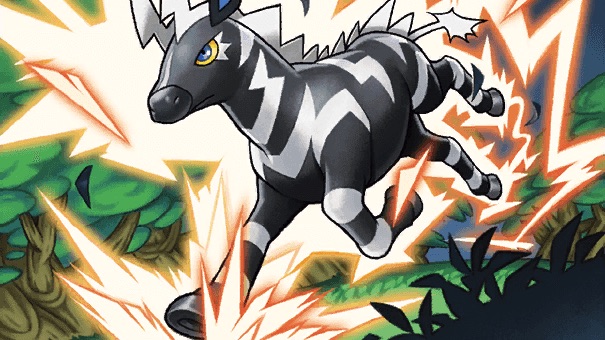 Hello SixPrizes, this is Latte1504. I am a Senior Division player from the Jersey Shore (no, not that one). I enjoy playing Pokémon, obviously. I also enjoy learning about history, especially that of the Pokémon Trading Card Game. I have been playing...

Fwiw, you’re wrong about how rainbow energy works. While it counts as every type of energy, it only counts as one at a time. As long as you have 2 lightnings on zebstrika, you don’t have to discard the rainbow unless, for whatever reason, you wanted to.

Idk who you were agreeing with, but it was the same case with land’s judgement in fairies, way back when I was a casual player. Rainbow does not get discarded unless something has changed.

Let me assure you that Rainbow is discarded in such situations (and it always has been).

I’m no professor, but my understanding of Rainbow Energy is this:

Maybe think of it like a person. I’m a man, I’m white, and I’m an American. If somebody said, “I need three people for an experiment: a man, a Caucasian, and an American,” I could volunteer to fill any of those roles, but even though I’m simultaneously all three of those things, I’m only one person and I can’t meet the requirement of filling three people’s spots. Now, if a Japanese man and an African-American woman join me, we have the three people requested and all needs are met. The African-American woman fulfills the requirement of being American and no other, so that must be her spot to fill. The Japanese man fulfills the requirement of being a man and no other, so that must be his spot to fill. I meet all three requirements, so I could theoretically fill any spot, but in this situation, I’m needed to fulfill the requirement of being Caucasian. Does that mean I no longer “count” as a man or an American while I’m standing there? Of course not. If we were told, “now, I need all men to leave,” both the Japanese man and i would still have to leave, even though I was not standing in the spot marked “MAN.” Despite not being utilized as a man, I would still exist as one.

I feel like that was a really weird illustration, but hopefully it makes sense to everyone. (And hopefully it’s accurate!)