"No Kidding" –  Thoughts and Theories on the Junior Meta 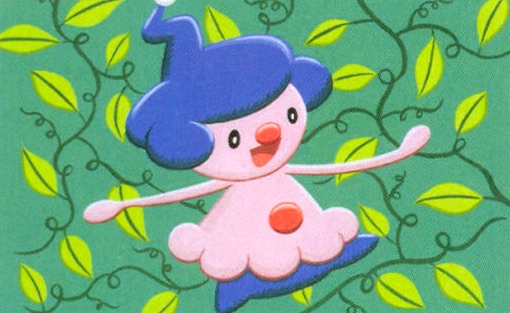 “No Kidding” – Thoughts and Theories on the Junior Meta

Not being to far removed from the junior scene, I’ll expand on the example of widespread use of Donphan. A consistent deck in juniors wins. If your junior player is efficient with a deck most likely they are going to win games.

Great article Brent! I wonder if you could also do an article on the Senior and maybe Master’s division? Thanks!

Another great article Brent. An additional component to the Junior meta: juniors can fall into an unhealthy infatuation with suboptimal cards that can deliver results with high variance. One of the reasons Donphan was so successful in our area for so long was the Junior insistence on playing Pyroar LONG after the deck was optimal. My son settled on playing Donphan on countless cities runs because he knew Pyroar was going to be everywhere. I can remember him saying “I can’t wait till I am a master so I can play some different decks.” He ultimately decided to play Seismitoad Garbodor on that VA Regionals - failing to anticipate the sudden shift away from Pyroar.

An article for Seniors’ meta?

An article for Seniors’ meta?

Would best be written by someone with knowledge and experience of it. I don’t know if that applies to @bhalliburton, who used is familiarity with the Junior meta to write this article.

Back on topic, I enjoyed this article a lot, as so many things rang true (especially the Junior desire to play the deck that beat their deck). Juniors is the age division where the ability gap between the best and worst players is at its widest, though, and can often be exploited by consistency/lack of misplays, making deck choice a little less important than it is in the other divisions.

As many people point out, I don’t know that much about the senior meta, but my impression is that it has two characteristics: Play more closely models the masters meta - many masters were very recently seniors, for example Alex Croxton, so friends of Alex’s that are still seniors are heavily influenced by these masters.

My second observation about the senior meta is that there is a lot more rogue decks built - talented seniors are beginning to explore building their own decks effectively and deliberately trying to “do their own thing” (teenage rebellion?). When you look at the Top 4 senior decks from worlds, you see the diversity: Trevenant/Accelgor, Blastoise, a crazy Big Basics list, and Yveltal.

The other thing I didn’t mention that I probably should have is that Juniors don’t play Jirachi. Jirachi in the hands of an unskilled player is two easy prizes and the result is that most juniors would never use Jirachi. My 7-year old hates when I tell him a deck needs Jirachi. The result is that juniors fare far better with decks that have naturally strong supporter lines - this typically means fighting decks perform very well right now because you can add Korrina to N and Juniper and give yourself good probabilities of running consistently.

Jirachi in the hands of a skilled master dramatically increase the probability of success. In the hands of a poor player, they are a recipe for disaster. Most juniors are poor players. Also, you have to be familiar with probabilities and be ready to work your way out of the dreaded Jirachi start. Juniors are so emotionally fragile, that can be difficult.

“Juniors are so emotionally fragile, that can be difficult.”

That is an aspect of the Junior experience that could merit an article of its own. I’ve seen so many Juniors completely derailed by an unexpected loss or call that robs them of the focus they need to rebound and try again.