"Gazing at the Garbodor Garrison" - A Guide on Beating Garbodor plus Darkrai/Dragonair, an intro to Vikavolt/Tapu Bulu, and Vespiquen/Zoroark 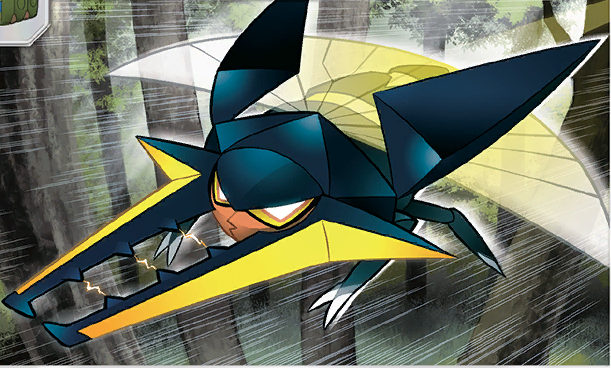 “Gazing at the Garbodor Garrison” – A Guide on Beating Garbodor plus...

Hello everyone! Travis Nunlist back once again with some in-depth Pokémon analysis. I recently attended the Seattle Regional Championship where I ended up placing 25th with one of the only 8 (!!) non-Garbodor GRI decks in Day 2. My friend and...

this shoulda been free

What do you mean??? This was a great article! What makes it extremely different then the other articles you can read here?

Thanks for your feedback.

I could be wrong, but I don’t see this combination of decks in a recent Pokebeach article (or really, many/any of these decks in recent ones). If you could point me in the right direction, I’d appreciate it.

Some great ideas, I think I favor less items for vikavolt but a cool deck that’s super fun to play.

I thought this was a great article and I couldn’t agree more with your opinion regarding Karen vs Oricorio. I have felt like I am on an island with my belief that generally Karen is the bigger threat, but I haven’t seen many people agreeing with me. Oricorio seems like a one shot deal most times and if your timing isn’t perfect with it, the impact isn’t going to be there. By contrast, you can spam Karen and eventually your opponent is going to run out of resources. Given how close a lot of these new decks are to Ray/Raikou Eels (easy ability based energy recovery with somewhat limited bench space), it seems like spamming a supporter like Karen would be far easier and more reliable than timing things up with Oricorio. I am not saying Karen is the better choice in every deck, but if I was running Metagross / Vikavolt I think Karen is easily a better choice because neither deck is a resource hog once you get them set up.