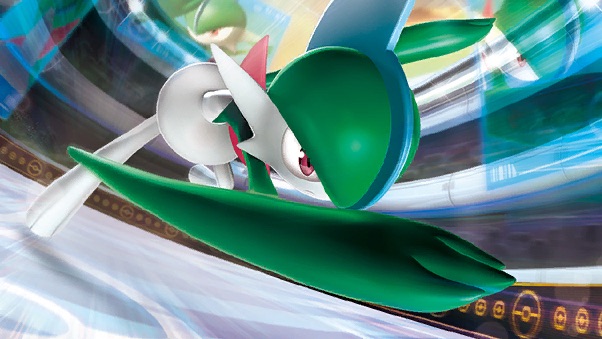 Hello everyone! Last time we spoke, I was scrambling to figure out what to play for Portland Regionals. I ended up playing a Lucario-GX deck with Super Scoop Ups that I did very poorly with. In hindsight, I really underestimated the shift the meta...

Great article Travis, can you talk a bit more about the bad meta read you had? What did you expect it to be and then how did it shift? What did Alex/Xander read that you didn’t? Just helpful to post mortem these things as we obviously all try and do this constantly.

“Not having Abilities can be annoying, but your opponent is committing to disrupting you instead of furthering their own setup so if you setup despite disruption then you’re in a great spot.”

The problem is that it can be extremely difficult to set up “despite disruption” if your opponent decides that he can still get his set up while crippling yours. I would love to see Hex Maniac and Ghetsis get errata’d such that the first player can’t play them on his first turn, because doing so attempts to shut your opponent out before they’ve even gotten a turn. This happened both to AND from me at Costa Mesa and it felt pretty obnoxious that there’s such a huge advantage with going first (2/3 of my finished games that day were won by the 1st player).

I severely underestimated the turn the meta took going into NC Regionals with fighting decks being all the rage, and severely underestimated everyone’s ability & awareness to prepare for that with the impending release of Lucario-GX. I more or less assumed I was walking into a Zoroark heavy meta which was absolutely not the case.

Xander & Alex saw that the meta was becoming very fighting heavy between Buzzwole winning NC & Lucario-GX coming out. As a result Alex chose to play Vikavolt which boasts favorable matchups against fighting stuff and Zoroark stuff, going one level beyond my thinking there. I would argue Xander’s deck choice was another level above that as he recognized the severe drop in Zoroark’s meta share and chose to play a deck that bodied fighting decks AND all of their + Zoroark’s counters.

Sure 1/10 games you might go second to red card/hex maniac/triple zorua and get absolutely bodied because your opponent ran really hot, but that’s the nature of card games! A small % of games are always going to be decided by random sequencing without much interaction between players, and that’s always going to be the case with games that have an element of RNG.

What I was getting at with that statement is most of the time your opponent going for a T1 Hex or T1 Ghetsis is going to be very risky, and they might do so at the cost of only getting 0-1 Zorua into play. Another thing to consider is this: Zoroark decks inherently utilize these disruption cards much better than most decks mid-late game with trade, but they’re also much more susceptible to them! Red Card / Hex Maniac absolutely shatters Zoroark decks, but even they can easily recover with a Colress draw. Two of Zoroark’s best cards are VS Seeker and Puzzle of Time, both easily removable with Ghetsis. Most other decks have a lot more supporter options which makes these T1 attempts that much less likely to be game ending.

If you recognize the power of Hex Maniac & Ghetsis on the 1st turn you can build your deck to be less item/ability reliant. Expanded is all about adapting, and with a card pool that includes 30 sets of the Pokemon TCG there are always answers to be found if people are willing to look.

Hey Travis thanks for the amazing article (like usual) I was wondering if you could eaborate in a little more detail about gallade’s matchups. After seeing that Kenny Wisdom is considering it for Utah I have decided to mess around with the deck a little in my own preparation for Utah. Thanks so much!