"Clocking Out" – Sentiments on Stalling, Points, and Time Limits 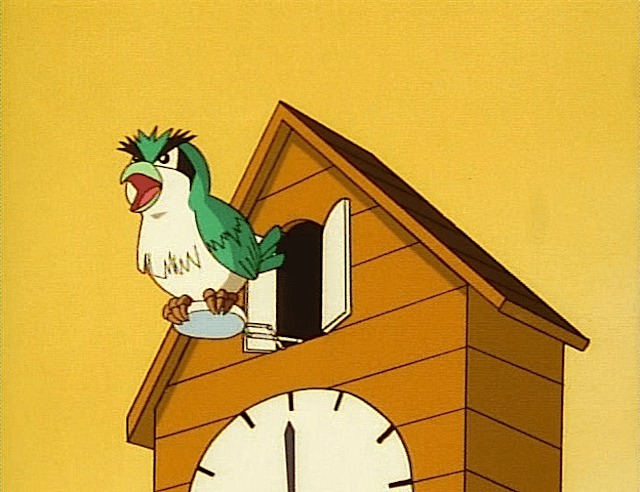 “Clocking Out” – Sentiments on Stalling, Match Points, and Time Limits

If you were to ask for my opinion on the change from single-game Swiss to best-of-three matches a few years ago, I would have been ecstatic. The chance to outplay your opponent and prove your superiority is a thought that I am fascinated with....

I really think best of three is the only way to ensure that play skill impacts who makes the top cut. I feel like 60 minute best of three rounds are the best solution. Possibly with a 20 minute time limit for each game with in that match, with the player ahead on prizes winning at the 20 minute time limit being reached. Kevin in that situation, what I’d personally do is politely ask the opponent to pick up the pace and if it doesn’t improve call a judge. Or if you prefer, call a judge upon first noticing it, they may be able to supervise the game to oversee whether the opponent is legitimately stalling or slow playing or whether they do actually have some difficult game play decisions to be made.

In regards to top cut, maybe the system needs to be based on attendance, for example, 40 or less attendees all players with 12 or more match points advance. 40 - 100 attendees requires 16 or more points to advance and so on etc. this way you either earn the required points or you don’t and unfortunate tie breakers don’t factor in.

In the words of Jason Klaczynski, “Under no circumstances should a best 2-of-3 round be played in less than 75 minutes.” I think the problem is much more in the time than in the best 2-of-3 system. If there was a longer time to play out your third game, stalling would be pointless and you could call a judge to watch.

Unfortunately, since I have been playing the game for quite awhile (2009) I have had very unpleasant experiences every time I have called a judge especially in regards to stalling. In fact, in every case I have lost time, which is obviously the opposite of what i am trying to do. I don’t think that calling a judge is an effective way to prevent stalling until you reach the top tables, where less players are involved and judges can watch closely.

Stalling has always been impossible for judges to deal with 100%. The only solution that would work for swiss is if all players made it a point of honour not to do it, even if it cost them games. I think we all know how likely that is.

What we need is enough time to finish the number of games in a round, whatever that is. If they make it best of 3, then give us 75 mins. If they want to give us 50 min rounds, then make it single game. How many 50 min matches result in 3 complete six-Prize games between good players if you exclude concessions?

I think the TPCi view is that we should all just learn to play faster if we want complete games, but then see my first paragraph. People won’t play fast with a tournament structure that makes it advantageous to go one game up and then slow things right down. Yes, the blame is on the players for poor SotG, but the problem is predictable and can be avoided.

i do agree with the statements he made about top cut sizes. I went to Philadelphia regionals this year, and there were 107 seniors there, and a top cut of 8. Is this unusual, or do you actually have to go X-1-1 or X-0-2 at any tournament to make top cut?
I find it absurd that they only take about 7% of the people, when they used to take 14%. X-2 should have a chance at the top cut.

As someone who has Judged at every level of event I have to agree it is very difficult as a Judge to prove stalling. Firstly, It requires that a Judge sit on the match and not leave, which is sometimes difficult at a large event. Secondly, even when a Judge does have the opportunity to sit on a match that is close it is very difficult to confirm stalling. It is easy to say, You have already looked at your opponets discard pile / your discard pile, or please complete your search, please advance the game state. The difficult part is to do those things without rushing or pressuring the player, which gives the other player an advantage. As a player and a parent of players I have seen countless examples of players doing exactly what is decribed in this article. Inluding at worlds this year in five of my duaghters matches. She unfortuantly never called a Judge, because of not wanting to “be that player” which many of us feel at times. She managed to get tie’s in those matches, but it was clear even as a spectator at a great distance from the matches, what was going on. We however were focused on every game, every turn. Which brings me back to why it is so difficult for the Judges to manage this problem. We whould need to watch ALL of the games to identify a pattern, even then, we all tend to play a bit more causiouly during close games and matches not wanting to “miss play” ourselves into a loss. Stalling is cheating, cheating is hard to prove. A pattern must be established. Add to that 20 plus games in a day, fatigue, hunger from lack of lunch breaks sometimes, stress from wanting to make top cut, and it creates a difficult situation at best for players and Judges alike.

I’m a proponent of switch back to single-game Swiss. Besides the current structure rewarding slow play as @KevinKobayashi pointed out, it also is not all that welcoming to new and younger players. Sure, I do think best-of-three gives skilled players a better chance to come out on top, however:

In regards to top cut based on attendance, I like @kwisdumb’s idea of rewarding Championship Points based on how many match points you earn rather than only by your standings (see his article). I typed up some specific ideas here. However if there is a switch back to best-of-one, then I’m not sure if that’s still a valid solution. Maybe.

I’ve never been a big proponent of Bo3 50+3. Single Swiss makes an event run smoother, and due to more rounds shows whose deck can CONSISTENTLY win across a larger spectrum of decks at the event. When you have Bo3 50+3, you’re limited to very few opponents in the tournament, so getting a good matchup is more important than having a deck that consistently wins against everything. It also penalizes those with a bad matchup, because not only do they have to sit there and play one game and then watch their opponent slowplay them hard, they have less opportunities to come back from it. It really hurts creativity, I think, and it’s one of the reasons I’ve never liked any tournament structure that would lessen the amount of rounds of Swiss

AS FOR TOP CUT. Bring it back to how it used to be; based on attendance with no cap. It’s complete stupidity to have a 400-man tournament with a Top 32 cut. Sure, it determines the very best of the best there, but luck is part of the game and having a tournament where you can’t even lose a match or two and still cut because there are SO many people there is not my idea of a fun time.

I was gonna say something else, but I forgot, so if I remember, I’ll post when I get off of work.
EDIT: I remembered.

It’s not like donks are a huge part of the game anymore. We can’t attack on the first turn when going first; most donks that happen are due to incredibly poor luck on the reciever’s end, not good luck on the attacker’s end. It is usually due to inability to set up another basic before the end of their first turn. While this does happen (and as a Dialgazong player I can tell you, it happens [STUPID FRIGGIN LONE PINECO]), it’s much more rare than it was before the changes. Before the changes, I was just “alright” with having Bo3, because it meant that donks would be lessened and thus people would actually get to play. However, now that donks are not an issue, please, for the love of god, bring back single round swiss.