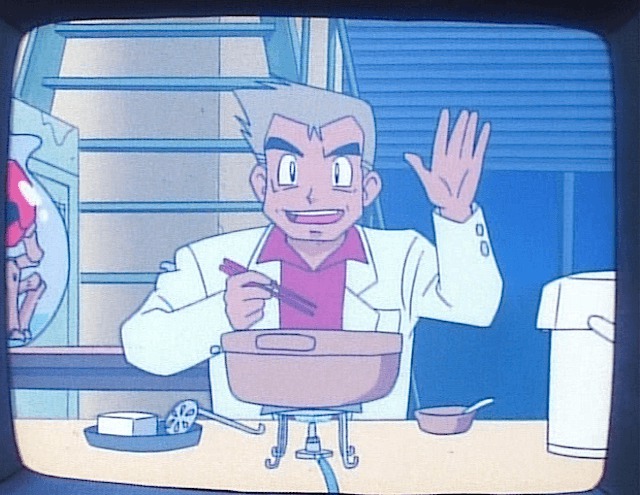 "Back on Air" – Crunching the Inter-Nationals Numbers and a Personal Favorite...

Good morning, or depending on when you’re reading this, good afternoon, good evening, or good night. Now, it’s been a little while since I wrote for this lovely website and for that I can only apologise, but for this coming season I shall be aiming...

I tried out the deck with a -1 N, +1 Heatran EX, and I love it. What would your tip(s) be for the Plasma mirror and for the Yveltal/Garbodor matchup?

What do you do against Pyroar?

Pyroar is bad and almost non-existant in the UK.

Hope they have Pyroar in the bottom 4 cards every time they shuffle (and their search too).

Heatran I LOVE, and would recommend if you think you’ll be playing against VirGen a lot. I don’t think you “need” the card to beat VirGen as Thundurus can put early damage on Virizion and Kyurem can OHKO Genesect without laser (Muscle Band + 3 Deoxys). You tend to go behind as well so N becomes awesome in that match. Having said that, a T2 KO going first will end the game (starving them of energy) and a T2 KO going second will still force them to have a T2 Emerald Slash AND a T3 G-Booster to just stay in the game.

As for Plasma Mirror, the only cards i would recommend are Sawk or the Promo Landorus. Both of them can get cheeky KOs on Thundurus to swing the match in your favour. I’m a fan of Promo Landorus but you wouldn’t fit that AND Heatran without ruining consistency. Generally, I wouldn’t really tech for the mirror. If you look at my list, i have 15 consistency cards (Supporters and Bike) as well as 4 Muscle Band. This should allow me (most of the time) to put better early pressure than them. If not, i still have Escape Rope, Genesect, Lysandre to force them into uncomfortable situations and Scramble Switch to allow me to get off big attacks from nowhere.

Yveltal / Garbodor doesn’t worry me. The lists i have seen tend to drop energy switch (due to not playing Darkrai) making them a little slower. Thundurus still does 100 (To Yveltal) with Muscle Band and you can add to that with laser, not forgetting that you’ll get a minimum of one attacking turn without Garbodor. Kyurem DOES lose out on the OHKO on Darkrai which can be a problem, but people are less likely to be playing them and even if they do, 2HKOing isn’t the end of the world. Kyurem CAN however get a OHKO with Laserbank and Muscle Band on Yveltal. I still like how the match-up works out. Again, Escape Rope is clutch here as Yveltal decks very often hide behind Baby Yveltal and Sableye to but turns to set up.

I am thinking of doing a full article on this in the future but in short one of 2 things will happen:
(1) They have other attackers

Did anybody else read this in his voice, or was it just me?

Because I can’t just hard retreat, then Blacksmith and attach to a second Pyroar.

Pyroar is basically an auto loss for TDK.

Professor N has it right. Hope a Pyroar deck doesn’t get Pyroar set up.

Also, your Yveltal/Garbodor matchup is still pretty bad. With a Garbodor up, Thundurus CAN’T OHKO Yveltal without Thunderous Noise, and Yveltal will AT LEAST 2HKO Thundurus.

You CAN hard retreat and Blacksmith, if you have Blacksmith in your deck and in hand. It’s far from a done deal. I’ll be publishing (i hope) an article about Plasma’s Pyroar match-up in the next few days with videos to show my points, it’s really nowhere near as bad as you make out. Also, when you say Pyroar, what deck are you referring to?

Your opinion on Y/G vs plasma: Is this based on testing or theory? I’ve played this match-up a lot, as have friends of mine that played the deck to get their Worlds invite, and we’ve found it to be favourable for TDK. Kyurem will still OHKO Yveltal, Thundurus will still 2HKO (IF you don’t have a megaphone, it goes to OHKO if you do) not to mention that TDK is built to attack fast and Y/G needs to get a stage 1 with a tool as well as setting up attackers. This doesn’t make it slow, but it has to make it slower.

Honestly, i can’t see the match-up as anything but favourable for TDK. I think Plasma with Lugia is unfavourable vs Yveltal but honestly, i would give it a minimum of 60-40 to TDK (though my percentage vs it is nearer to 80%).

My personal experience is with Charizard/Pyroar. Yes, the matchup is that bad. If you want to test it out, I will play you on PTCGO as much as you want. Half of my games vs TDK end with my opponent scooping. As soon as I realize my opponent is playing TDK, I just set up Pyroars and run. I play a Drudigon for Latias/Rayquaza/Giratina.

Most of my friends jumped the TDK ship and won’t go back until a reasonable Pyroar counter exists.

As far as TDK vs Yveltal/Garbodor, Garbodor makes your math require extra cards to work. You already have ALOT of cards in your OHKO combo of Yveltal destruction. Thundurus + Energy + Band + HTL + Virbank + Deoxys + Deoxys. That’s 7 cards for one OHKO. Add in Garbodor, and you need a Megaphone. (Which your list doesn’t run by the way)

Kyurem needs 3 energy, Band, and a LaserBank. While this isn’t reliant on Deoxys, Kyurems are easily revenged by Yveltal and very susceptible to Enhanced Hammers.

As far as Deoxys being a counter to Yveltal, I have almost never seen a serious player have more than 3 energy on an Yveltal going into the opponents turn. That’s asking for trouble.

While I don’t doubt that the TDK/Garbotal matchup isn’t an auto loss or vastly unfavorable, I highly doubt it is 60-80% win chance. I’d put it at 50/50 at best. Not to mention you have to beat everyone who isn’t playing Yveltal variants too.