"A Baleful Night" – Meditations on a Just-Short Season, A Look at Yveltal, and Final Notes 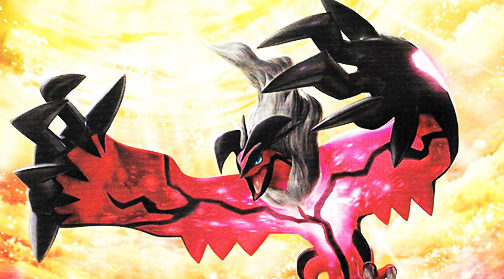 “A Baleful Night” – Meditations on a Just-Short Season, A Look at Yveltal, and...

Hello once again everyone! This past season has finally come to an end, and while many players are breathing a huge sigh of relief, I cannot help but look past on it all as a litany of mistakes on my own behalf. Many of my friends and fellow writers...

Sir,
I just wanted to tell you that i appreciate your thoughtful and introspective articles. I had a few random thoughts and hope they make some sense lol. I have enjoyed reading your work. For a little context, I am a 44 year old parent of two who has been playing this tcg a while but come from a MTG background that started in the mid 90’s. i still enjoy and compete in both.

Your a great player, there is no doubt. I am sorry you did not do as well as you hoped. It is obvious that its painful for you to not be in Wold’s this year. Sometimes no matter what you do or how you play things don’t work out. Everyone has misplays and you know what people say about hindsight. It is indeed easy to be too critical of yourself no doubt.

My best advice, if you want it, is to be positive in all that you do. That is something I learned the hard way. It affects so many things including how you build decks and play.

Your comments about the Yveltal deck reminded me of something. I have been following the “meta” of both Pokemon and Mtg for many years. Something I have noticed is that a lot of times people pay too much attention to these things. I have met many who would were afraid to play something if everyone else was not playing it. Sometimes that is what following the “meta” does to us all.

I have done this many times as well. It is like I suspend my own judgement as being inferior just because it is not the current “meta”. I think that is a mistake for me and others. I am not saying just play any old deck but make sure to use your judgement as well.

Yveltal and several other older decks have always been good but people ignore them, as you say, for many reasons I guess. I believe there are several still great possibilities to play that are older if everyone would just give them an honest chance.

I’m not going to try and tell you how to build a deck or play, as that would be foolish, but I have learned with myself that in many cases it is better play a deck or 3 that you love mainly for tournaments. I play them better. Being nervous doesn’t affect me as much either.

Adapt the deck to the “meta”, not the other way around. I watch the online tournaments often and see experienced players make many mistakes because they have not been playing it for a long time. they play these decks because they feel it is a stronger “meta” choice. I can understand that to some degree. I know myself and others often fall into this trap.

I will end this rambling of mine by saying once again I have enjoyed your writing and hope you will still put your thoughts out there for the rest of us. Stay positive. Have fun because this is just a game. Hope all goes well for you sir.

Best of luck in your futur endeavours!

Thank you very much! And don’t worry, I do try to stay positive in all things I do. I think second guessing myself when it comes to choosing a deck is absolutely one of my biggest struggles and even though I know I’ve gotten better about it, sometimes it is still easily to get lost in thought. I do plan to keep competing and writing and am glad to hear there is (hopefully) an audience for it all.